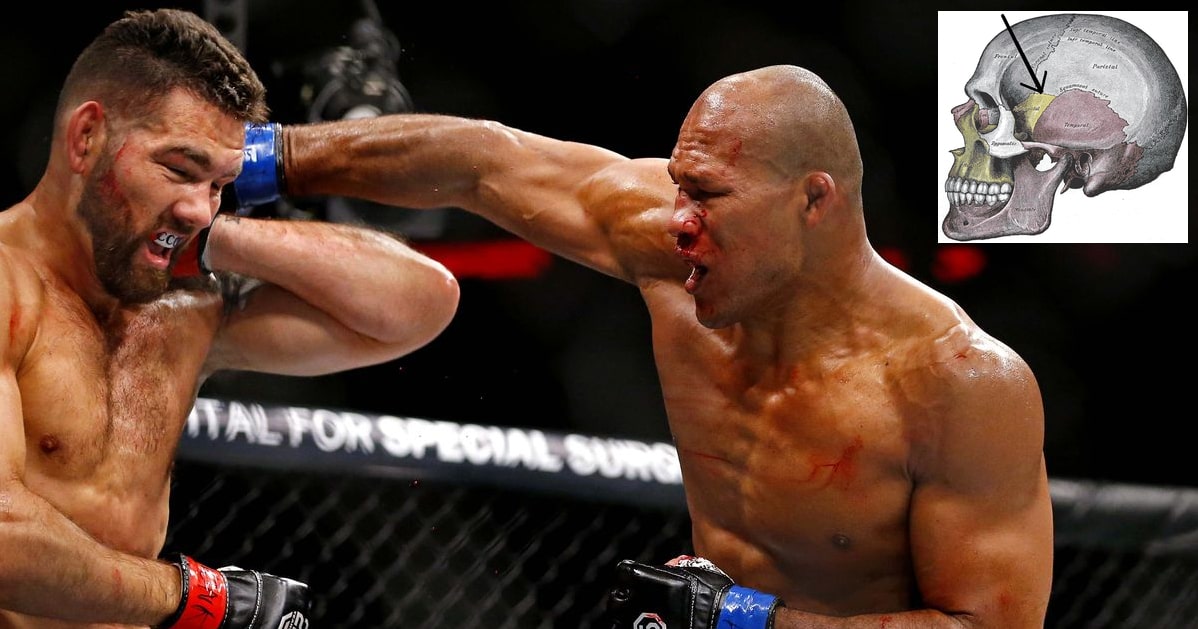 In combat sports, when trying to inflict maximum damage, there are two prime areas to attack: lateral aspect of the mandible or “testing someone's chin”, and the “temple”.

The “temple” is also known as the pterion, and what makes this area so vulnerable is it is where several skull bones interconnect:

Due to the nature of this arrangement, it is considered to be the weakest part of the skull.

In addition to this area being weak, there is also a major cranial artery that runs underneath: middle meningeal artery.

Due to the weak structure of the skull and the sensitive arterial system underneath this area, the 'temple" is a prime area for inducing trauma to the brain.

A good example of was at @ufc 230 with @ronaldojacare Vs @chrisweidman.

Jacare needed to rally back after a back and forth fight, and came back with an overhead cross to the temple of Weidman.

Weidman was unconscious on his feet, despite the late stoppage from the referee.